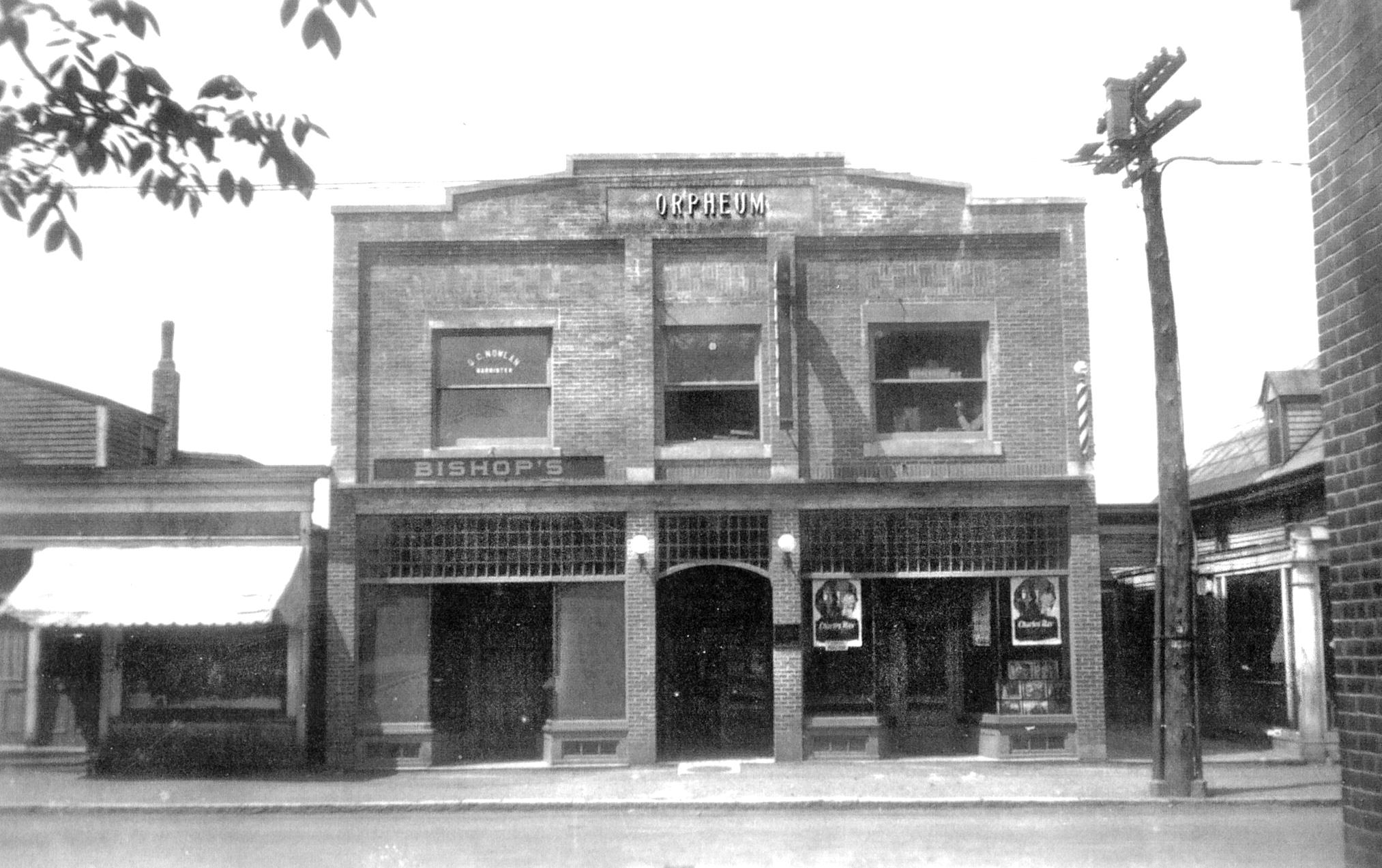 Nathaniel (Nat) Evans bought the Opera House (1921). The final presentation before extensive renovations began was D.W. Griffiths’ Orphans of the Storm (July 18, 1923). The Acadian newspaper suggested that “business in Wolfville was down” during the months of the facility’s closure.

The Orpheum Theatre held a standing-room-only opening night. “The front of the the stage was banked with cut flowers.” Wm. Roche, Jr. played piano for the seven reel silent motion picture, The Dangerous Age. Sammy Shields sang and P. C. Shortis performed on banjo and violin. Wednesday of the opening week, the Swiss Bell Ringers provided a performance. They sang and played “handbells, xylophones, saxophones, musical glasses and other interments. Every number was thoroughly enjoyed and loudly encored.” 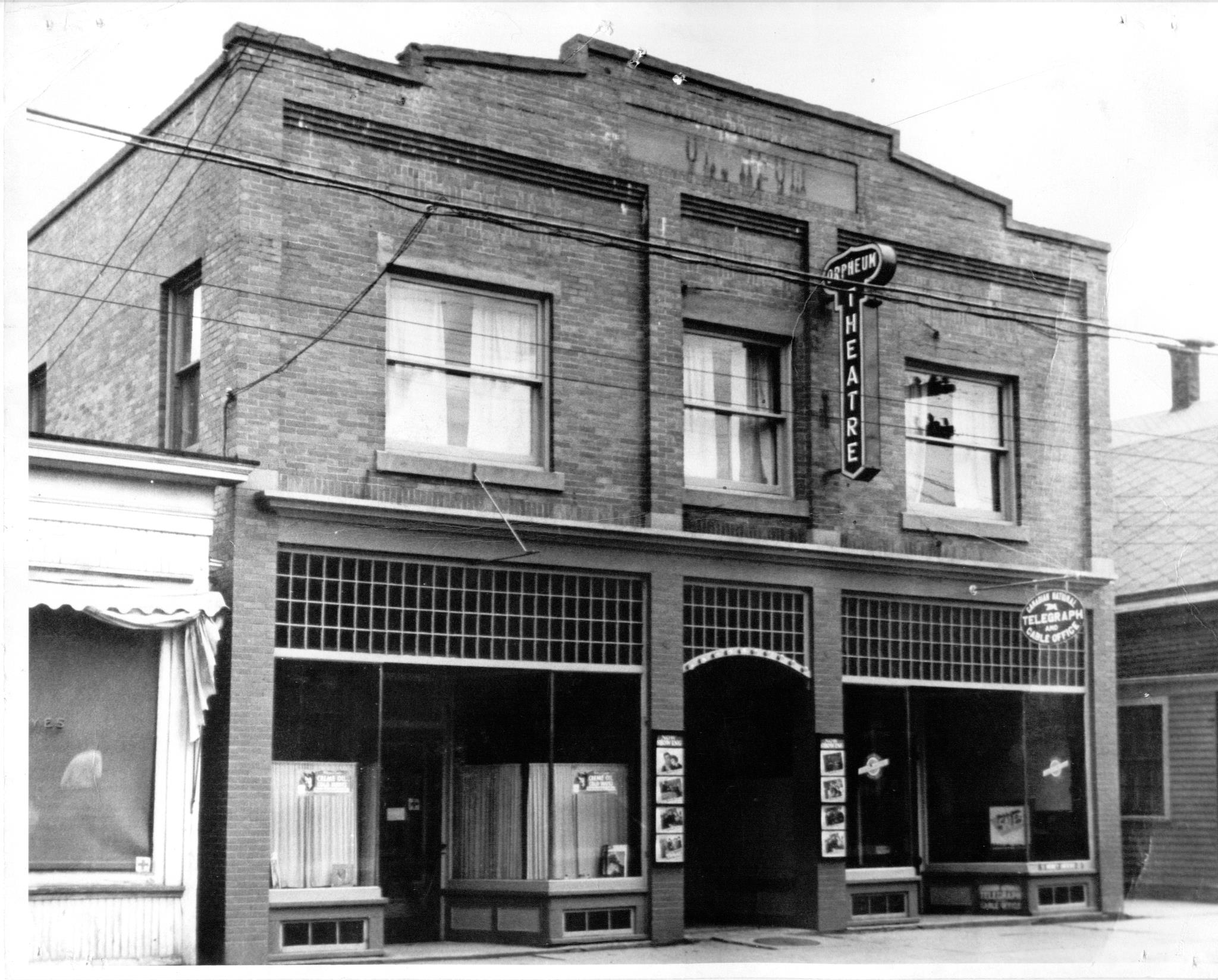 The new entrance was moved to the centre of the building with stores on either side. The brick front…“is a big addition to the business places on Main Street.” By 1924 an electric T-shaped “Orpheum Theatre” sign hung over the entrance.

The Wurlitzer is a whole orchestra in one instrument and gives some music. It is worthwhile going to the movies now just to hear the music. –The Acadian, Nov. 23, 1923

The variety of entertainment that first week reflected a sample of both what had come before and what lay ahead over the next 24 years, including those of the Second World War.

Events at the theatre included presentation and meeting of community and education groups—a small sample:

The local and traveling professional live entertainment also continued. “Hank the Yodelling Ranger” was one such act from October 1945. The “Extra! On Stage” was always something to look for in the weekly “ORPHEUM-WOLFVILLE” newspaper ad.

Extras at the Theatre

Ads for the weekly motion picture screenings were consistent throughout the Orpheum’s reign, usually in the same place on the same page of The Acadian. In addition to a photo poster for each feature film, the reader would also find “Plus”, “Added Extra” and “Also” for a variety of add-ons

The Features and the “Talkies”

Features were straight from Hollywood and screened every day of the week except Sunday. Eventually matinees were scheduled for the students at 3:40 (Tuesdays and Thursdays) with regular matinees (Sat. & Holidays) at 2:30. Community events were mostly advertised on-site at the theatre.

It was during the Orpheum Theatre years that films with sound first came to Wolfville. Early films used a series of records with music and sound effects to accompany the reels. The installation of RCA Photophone Sound Equipment in June 1930 heralded the coming of the “talking picture”. The Most Immortal Lady (July 6-8, 1930) was the first “100% Singing and Talking” motion pictures to be shown at the theatre. “Prices: Adults 44 cents, Children 27 cents.”