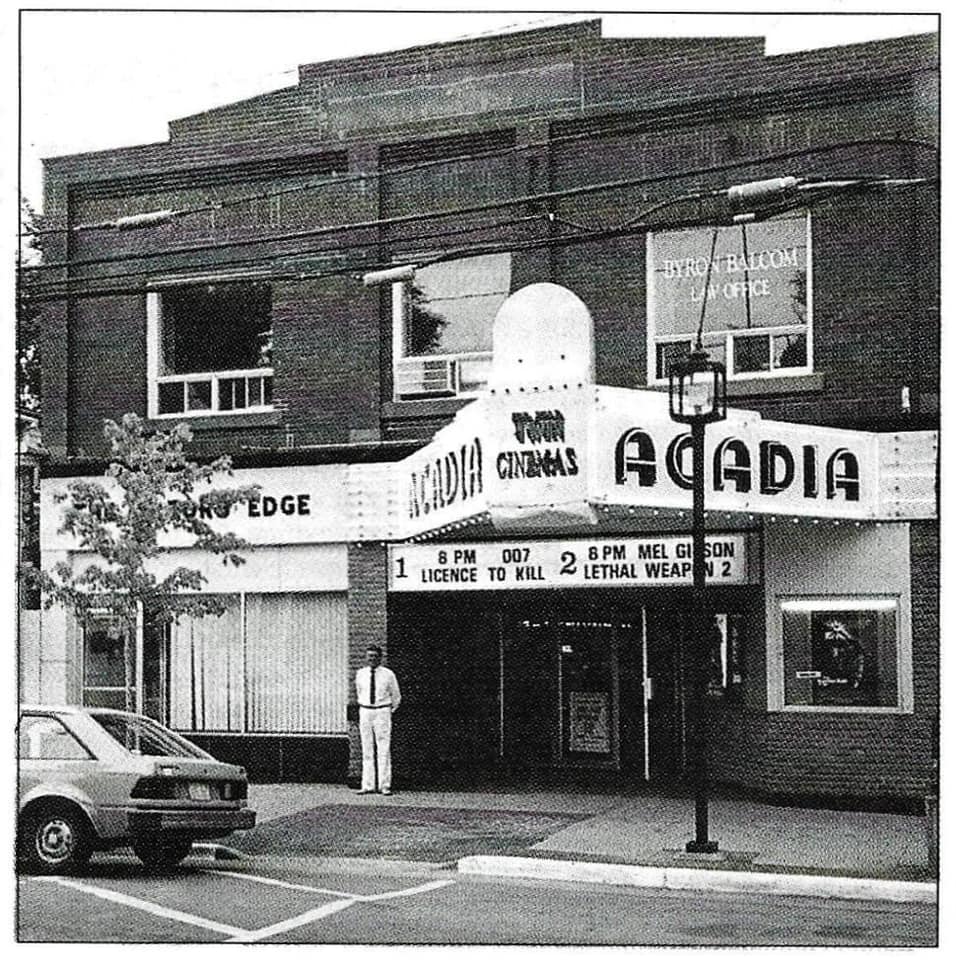 Acadia Twin Cinemas in 1989 with Al Whittle out front 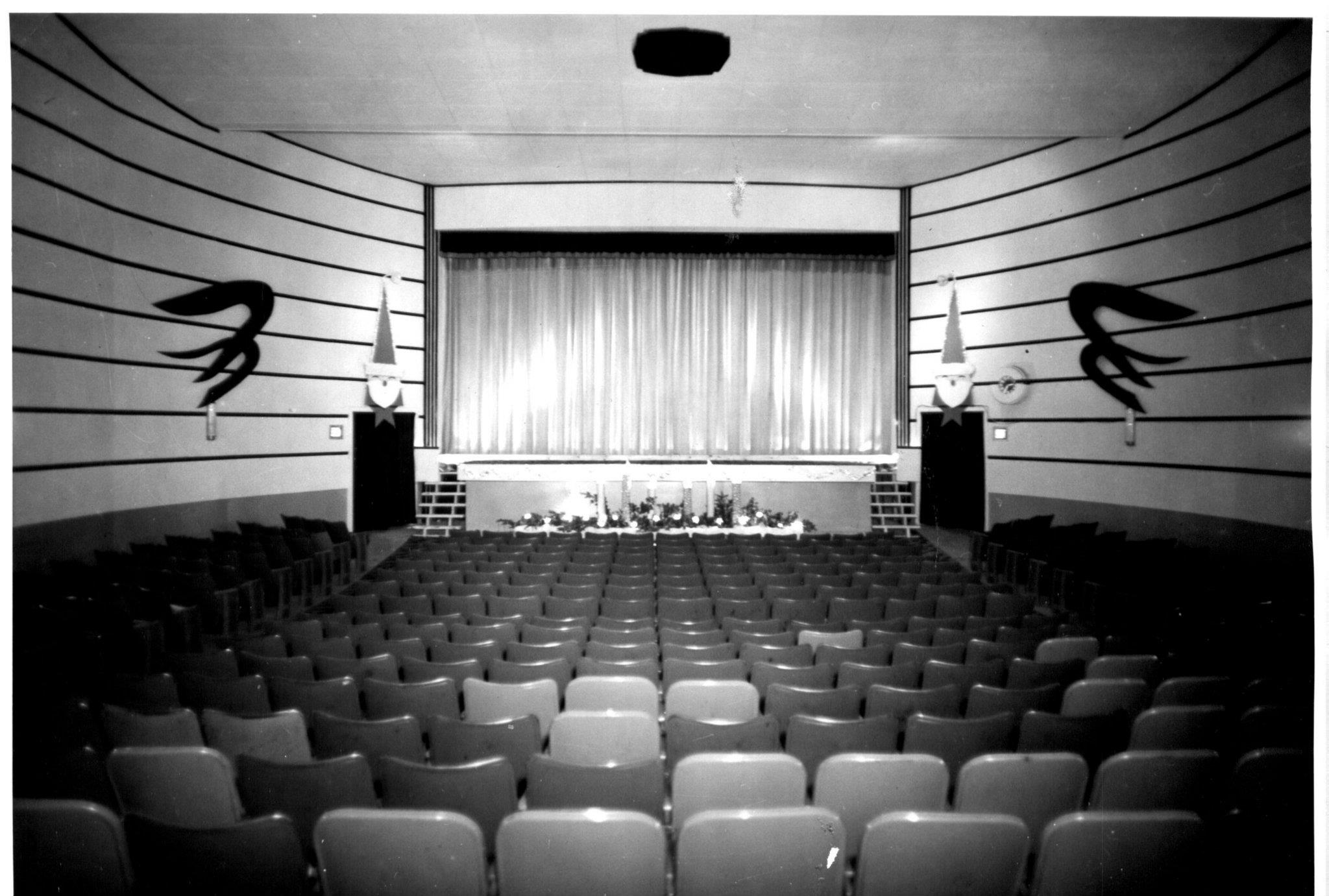 From the start Al kept up with industry advances. He supervised the conversion of the theatre to CinemaScope. “The Robe in CinamaScope” was the first feature. It screened at the Acadia Theatre on October 20, 1854.

Al always had his patrons’ interests in mind. In 1967 he reduced the seat numbers to provide more legroom between rows. 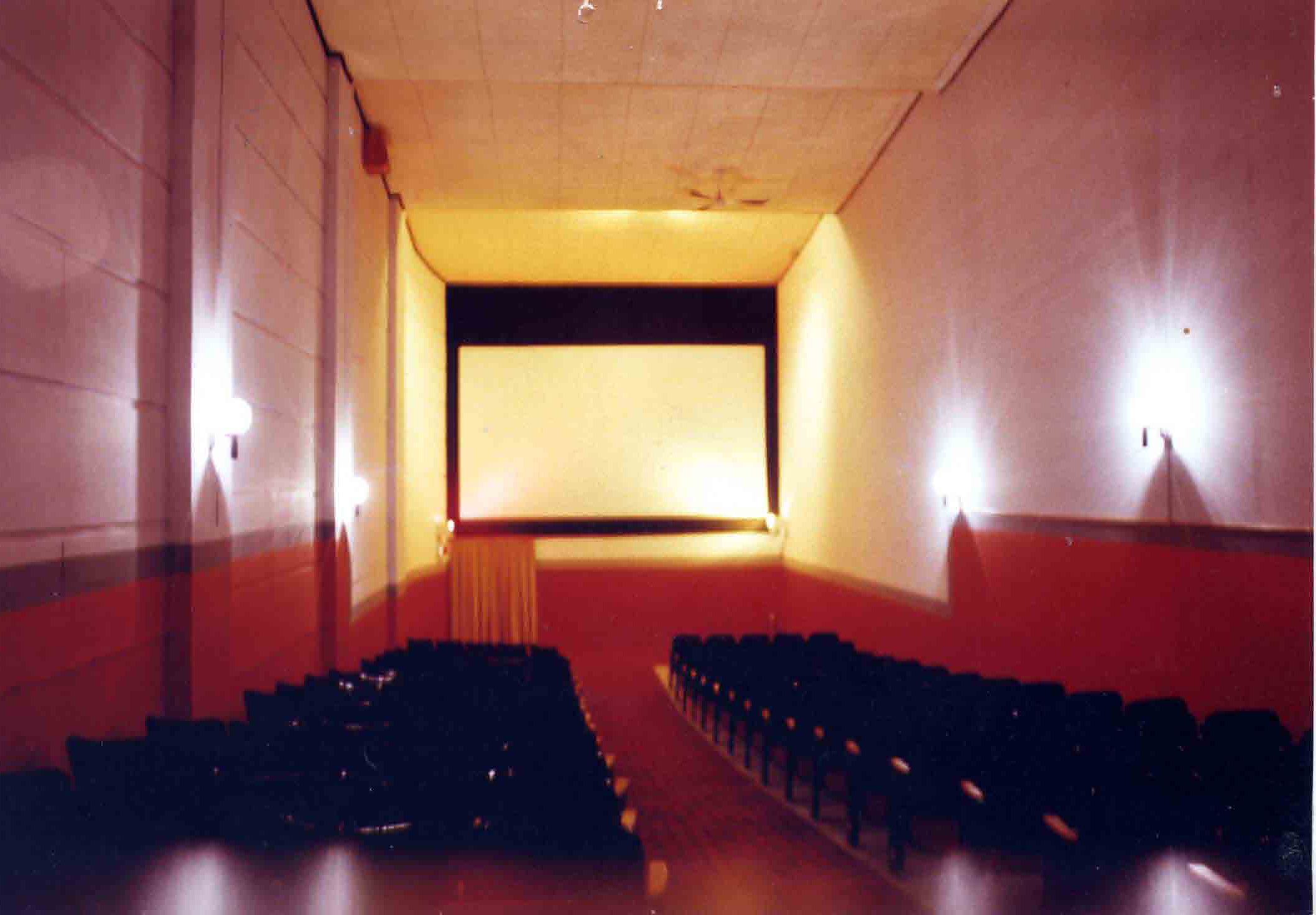 With “the best of the best” Al opened the new “Acadia Twin Cinemas” on June 20, 1986 with Tom Cruise in Top Gun and Sylvester Stallone in Cobra. He installed a brand new sound system and the original theatre was divided down the middle, losing 75 seats and leaving two theatres-one holding 230 and the other 175. Al wanted to offer his patrons “twice the choice in movie viewing”, he told The Kentville Advertiser, “at a time when viewers expect it.” Corporate multiplexes (late 70’s), and the VHS (home video) market which burgeoned in the mid-80’s put great pressure on independent cinemas across Canada, including Woflville’s Acadia Cineam. Twinning was a response to these phenomena. But the name “Twin Cinemas” never really stuck. 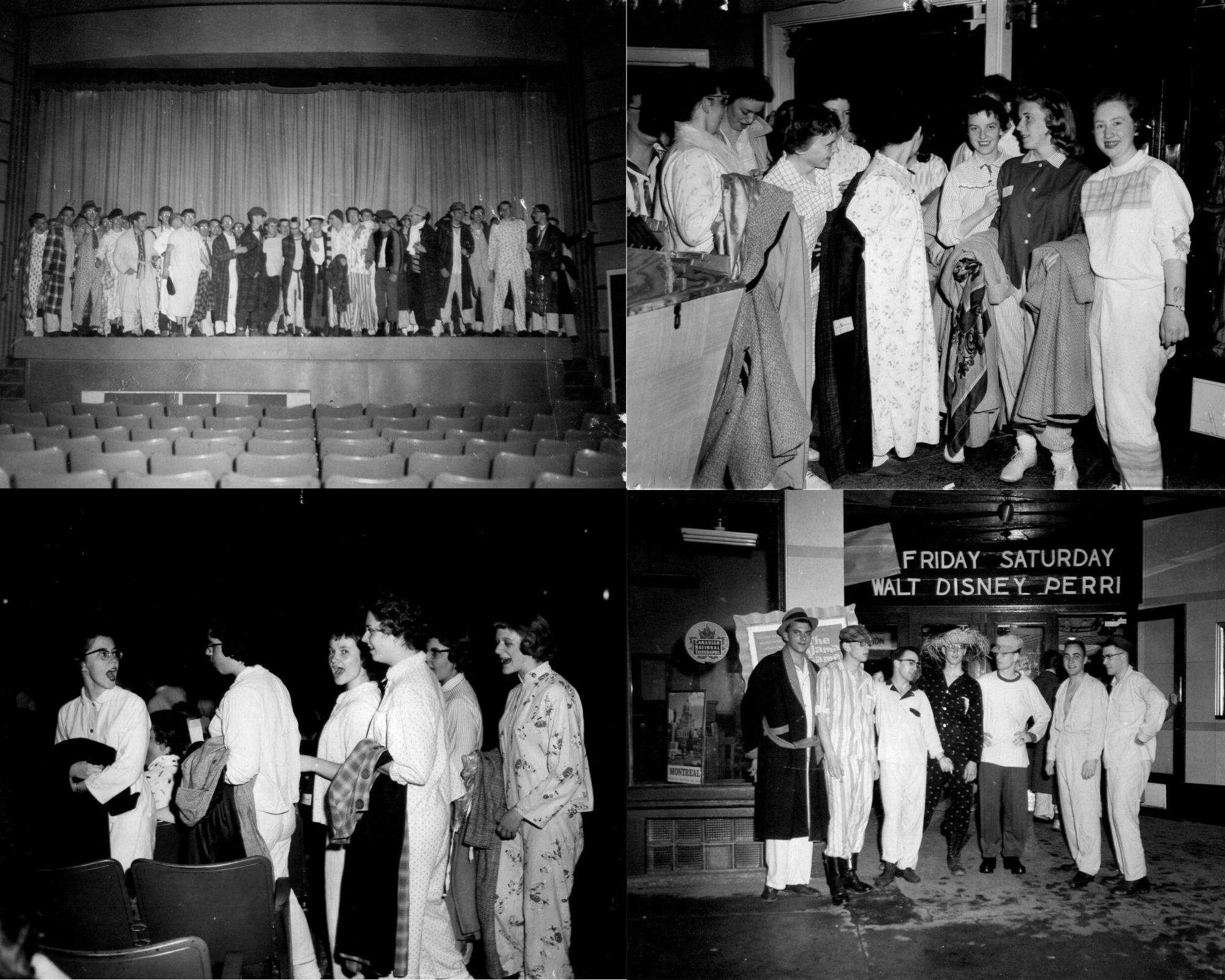 University and the Acadia Cinema

Strong ties developed early between Acadia students, Al and his movie theatre. not only did he employ students (as ushers, ticket and concession sellers and for help with renovations) but Al also created special events with students in mind. Legendary is The Pajama Game screening (1958). A university newspaper ad read “free movie for those in pajamas.” Perhaps generating anxiety in those responsible for female students (who snuck out to attend), the event nevertheless resulted in a large turnout of PJ-clad students of both genders!

Later, with the demise of 16mm, the university also looked to the Acadia. The Atheneum’s “World Cinema Comes to the Valley” (January 1988) announced the launch of “a new Acadia Film Society” citing screenings at Main Street’s “Acadia Cinema [being] advantageous for the big screen, sharp image, professional sound and comfortable seating.” There were still screening in 1994. 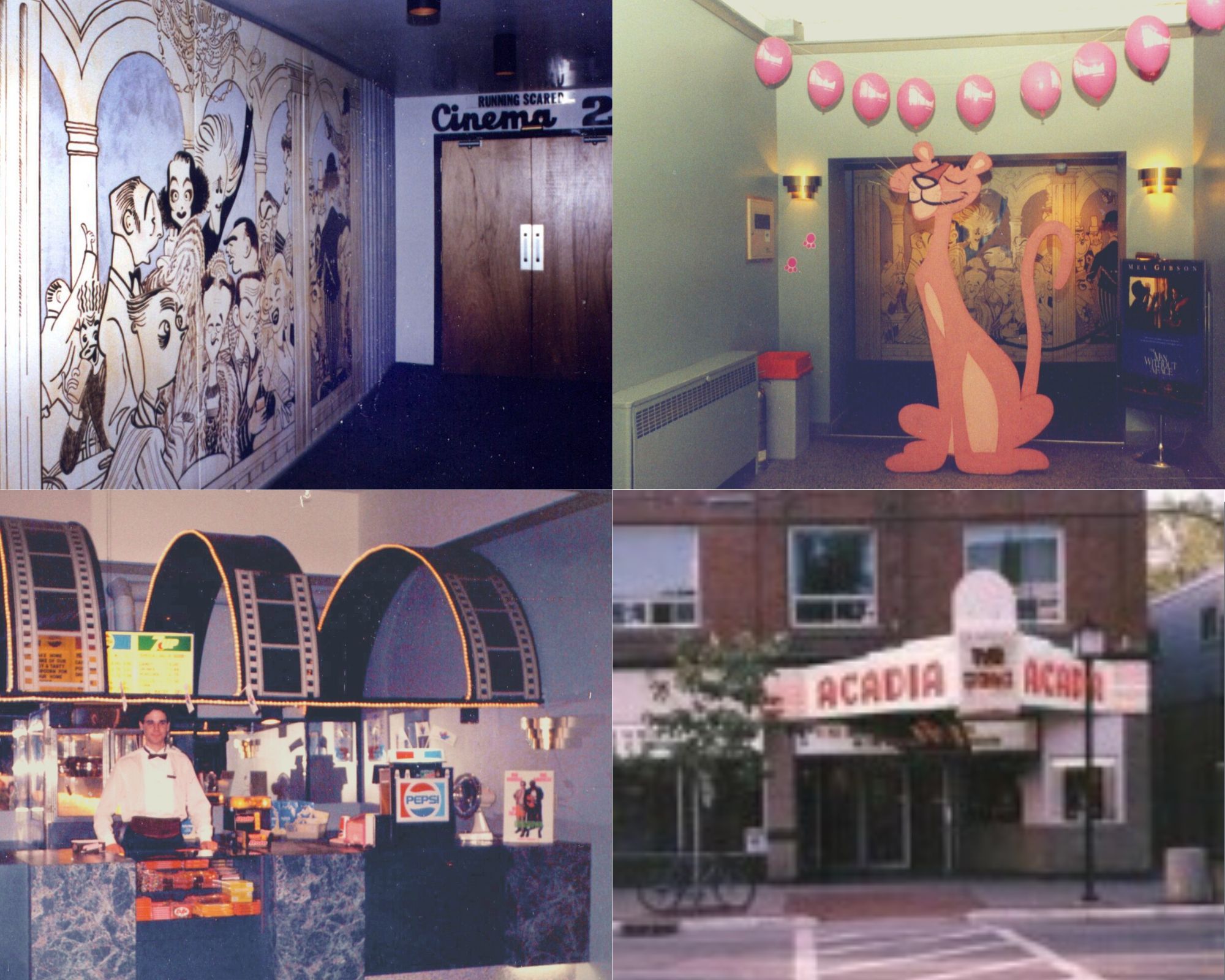 Out with a Flourish

Al Whittle continued to manage and improve the theatre to keep it viable. An expanded lobby with a new concession counter and ticket desk came next (1989). A third screen was added (1997) and then Al instituted the very popular Sunday “Tea Time Matinees”.

In 2000, when A. Ellsworth Whittle retired as manager of the Acadia Cinema after 47 years, the theatre closed and was put on the market for sale.